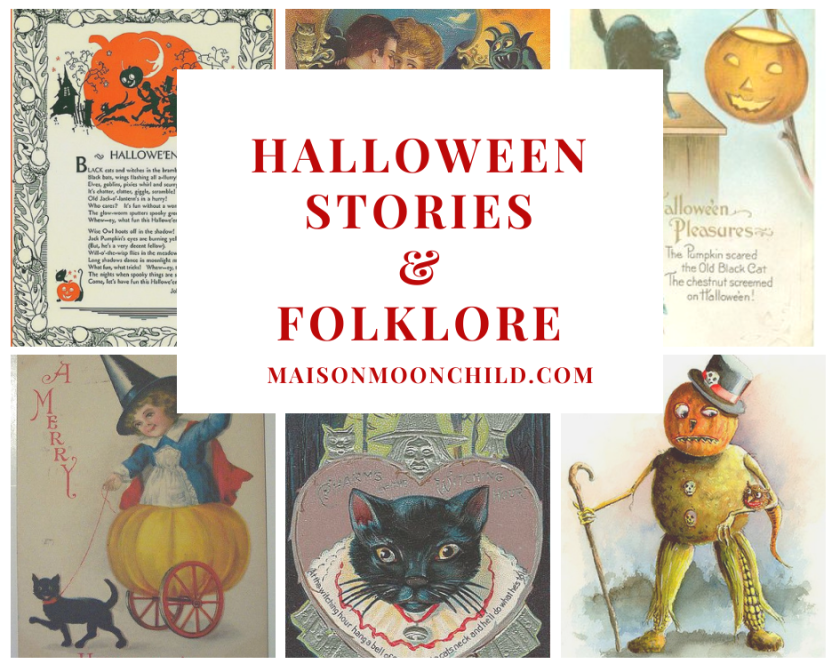 ‘From about 1900 to 1915, the United States experienced a Halloween “postcard craze” that continued the commercialization of the holiday that began in the 1800s. Halloween-themed postal cards were sold in post offices and by private printers with displays in general stores. Halloween postcards once were more commonplace than Xmas cards.’ Lisa Morton.

A common way of divining the nature of one’s future spouse involved pulling cabbages at midnight on Halloween and reading the roots.

Twine, twine, and intertwine/Let thy love be wholly mine/If my love be fond and true/Deeper grows his roses hue.

In hopes of bringing the nostalgic magic to life, we have created wearable Halloween artwork. Each piece is rich with vintage illustrations and the stories behind them.